VPX Bang Review: Does it Work? And What's the Best Flavor? 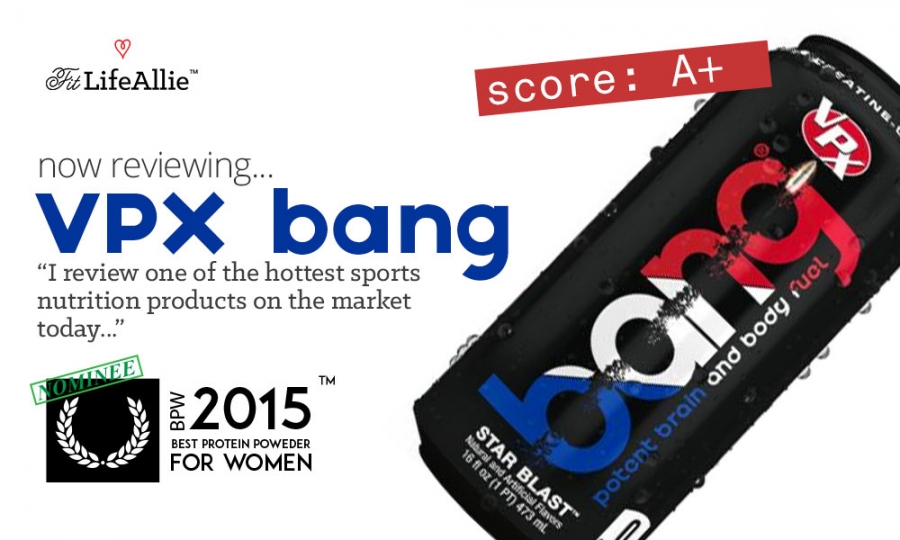 VPX Bang is one of the most popular supplements on the planet right now. That’s right I said it. On the planet. So it was only fitting that I put together the best VPX Bang Review on the planet to go along with it. Right? Of course! Because I’m the NUMBER ONE supplement reviewer on the planet. Don’t take my word for it. Take it from my thousands of followers on IG and FB, and my hundreds of reviews that I’ve done here on the site. I know my STUFF. And that’s why you should listen to me when I tell you that VPX Bang is one of the BEST pre workouts around right now. In this review, I’ll tell you exactly why. Let’s begin.

VPX is a strange company. They started the way all these companies do. With a few basic products that they market the crap out of, and then sell through your local neighborhood GNC. The marketing of the original VPX products was really out there. They had these crazy scientific looking graphics with blood cells and crazy 3d stuff going on- it was a nightmare to look at it. But I still bought it. Lol. But since then, the company has undergone some really interesting transformations. There NUMBER ONE priority now, and their number one focus, has been on the BANG energy drink. They are pushing this products like crazy, and for good reason. The biggest reason is this: It tastes freaking good.

What is the Best Flavor of VPX Bang?

My personal top two flavors are the Champagne and the Power Punch. The star blast and lemon drop and sour heads are all pretty good too, but my personal favorites are just a cut above in my opinion.

Power Punch has sort of a ‘gummy candy’ flavor to it that almost has texture to it since it’s so incredibly fruity. It tastes like the fruit snacks you used to eat when you were a kid. Just so darn good.

The Champagne flavor of VPX Bang tastes like a sort of spiced orange. It’s tough to describe, but it’s just smooth and sweet. I actually have no idea what it tastes like. It doesn’t taste like Champagne at all to me, it just tastes GOOD.

The best part about BANG is it’s taste. I don’t think they’re fooling anyone with the formulation. But the taste is on point. So on point. I actually would prefer the taste of BANG to any of the other mainstream energy drinks that don’t even have pre workout ingredients in them! How crazy is that? Pretty crazy when you consider that flavoring a drink with added supplement ingredients has to be like 100x harder than flavoring just soda water, like Monster and Rockstar and all those other guys…that’s ALL they have to do. VPX has to flavor a bunch of other stuff too. Let’s take a look at that ‘other stuff’…

VPX Bang doesn’t have the most intricate formula in the world, but they do have a couple really interesting ingredients in here, including Leucine, Creatyl-L-Glutamine, and CoQ10. Now. The hilarious thing about this product is that despit all the hype around how much of a ‘pre workout’ it is, there’s legit virtually none of the actual supplement ingredients in here. When you look at the ingredients, which are listed by volume, you see this:

The … represents that ALLL the other stuff, like the aminos and the creatine, are included in smaller quantities than the caffeine and sodium. Meaning there is less than 300 mg of those ingredients in each can. AKA there’s just not alot of it in there. Which, depending on how you feel about the marketing, could be seen as a bit misleading. Let’s face it people- this is just an energy drink with a pixie-dusting of the other stuff. And you can tell when you go to workout.

The funny thing about caffeine is- it works. No matter if you drink a full-blown pre workout or a cup of coffee, the main thing that is pushing you through your workout is the caffeine. So from that standpoint, sure, you will have a better workout if you drink VPX Bang prior, than drinking nothing at all.

But don’t be fooled into thinking that VPX Bang is a full-blown pre workout, because it’s not. It’s an energy drink marketed like a pre workout. I usually drink BANG before work or just to wake up in the morning, but I would never use this in place of one of my favorite actual pre workouts. Never in a hundred years. So. There’s that. I have tried to use it for a really heavy lift and it just does not perform akin to a full-strength pre workout.

I used to not think very highly of the VPX Bang Energy drink from a packaging and branding standpoint, but let’s be honest- these drinks are really starting to grow on me. The BANG name itself is a fabulous name for an energy drink, and I think this product name is it’s strongest asset. The fun thing about VPX Bang packaging is how it’s simple, yet bold and has fantastic brand recognition. You can tell immediately what the product is, and you remember it for next time you’re scanning the cooler looking for something delicious. I’m a big fan of how the BANG graphic is different colors for each flavor, too. It’s super cool.

So. That’s really it! Let’s summarize.

So there you have it. VPX Bang is not a full-blown pre workout by any means. But it IS a an absolutely delicious energy drink that is a staple of my life. Note. Not my gym routine. My LIFE. I don’t think VPX has a problem with that statement ;)