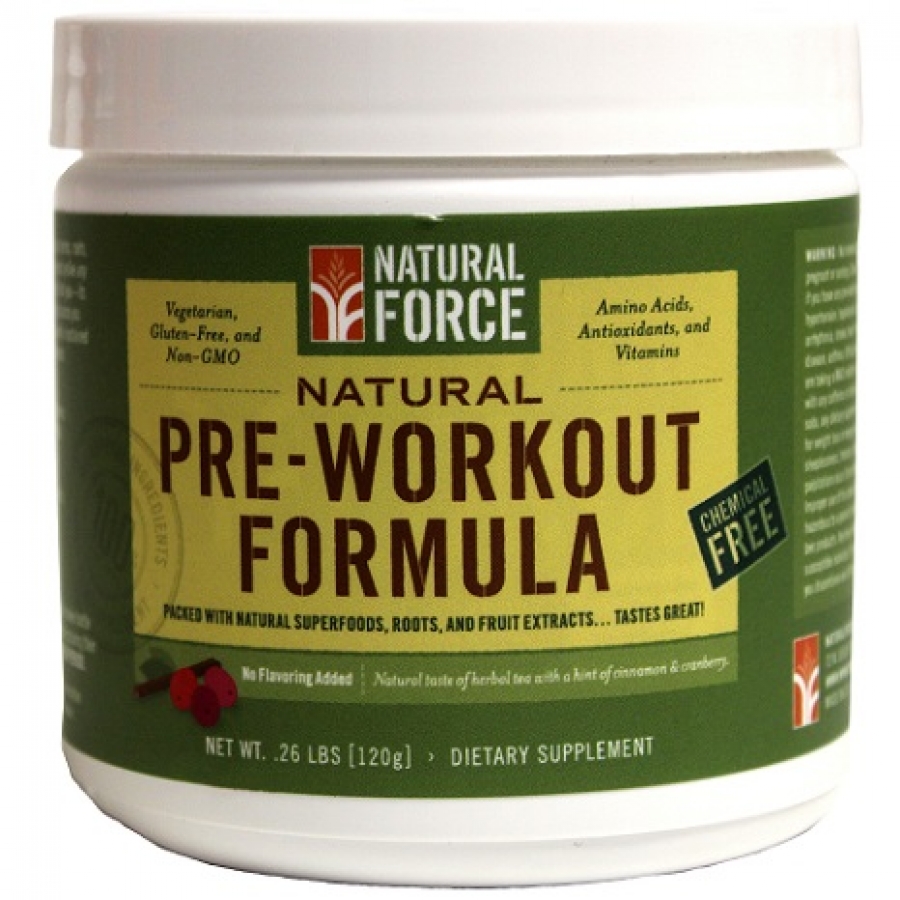 If there's on supplement that is raising the bar in the natural pre workout category, it is the Natural Sports Raw Tea pre workout. Now, I've tested the king-pin in this category, which is the awful tasting, average performing Vega Sport Pre Workout Energizer. Since I, along with others, was not adequately impressed with that product enough to outweigh the negatives of taking my 'un-natural' pre workout- I left my Vega Sport on the shelf in favor of Ignite.

Point being- when I came across Natural Sports Raw Tea- you can be assured I was a skeptic. I went to their website and checked out the supp facts, and to be honest they reminded me alot of Vega Sport. Bee Pollen, Maca Root, Yohimbe, Green Tea- I've heard this story before. I told myself I'd put Raw Tea on the back burner until the powers that be MADE me review it. And since there are no powers that be- I told myself I wouldn't review it until it was given to me free. That also never happened. What did happen was I was that Natural Force re-targeted the daylights out of me with banner ads. I knew the only way I could appease the Natural Force was to try their pre workout. Or clear my cache. But I don't know how. After putting Raw Force Pre Workout to the test on a particularly miserable Saturday with Fran (Crossfitter's you hear me. Loud and clear.)

Anyways I'm sure my experience will tell you all you need to know about this Natural Pre Workout Supplement. Enjoy!

Let's preface this quick slamming (ok it's a curbstomping) with a quick fact: taste is subjective! You might enjoy the taste of Natural Force Raw Tea. (If your taste buds were surgically removed).

The Flavor of Natural Force is described on their website as 'Natural taste of herbal tea. No flavoring added'. I found the tast to be pretty horrid. I rarely give a pre workout an assertively negative review- but Natural Force managed to join the elite. As you know, one of the other elite few was none other than the vega Sport Pre Workout Energizer. Really makes you question whether it's really worth it to go all-natural doesn't it?

The best way I can describe the taste of Natural Force Raw Tea is if you took like seven different herbal tea bags, ripped them open, ground up the contents into an even finer poweder, dyed it all bright red, and then tried to mix it in water and drink it. I felt like I was trying to drink the sands of hell. I mean that metaphorically because of the color- there ARE actually worse tasting pre workouts out there. Well maybe one. Ok so the tastes that I could detect were green tea, and maybe a bit of the the beet root powder and MAYBE some hint of tartness of cranberry at the very end. But the predominant flavors were beet and tea. Now I like beets. And I like tea. I don't like beet-tea flavored sandy pre workout. Thus I did not enjoy the flavor experience that is Natural Force Raw Tea pre workout for women. 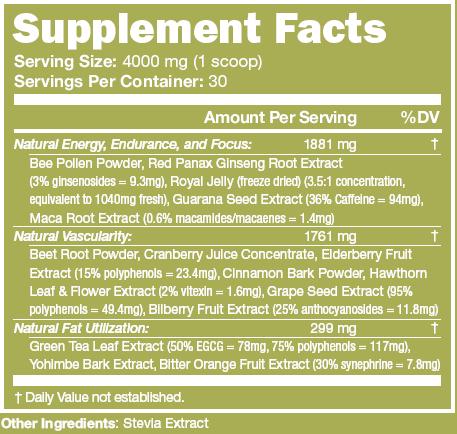 Ok I bashed on the flavors I'll admit. It just wasn't my favorite. Moving on to the supplement facts panel- things started to look up for Raw Tea. I think I'll start with what ISN'T in this pre workout. Natural Force, like a select few others (Vega Sport and TONED mostly), subscribe to the 'addition by subtraction' mentality of pre workout formulation. And I got to admit- I totally appreciate it. First off- they left the creatine on the shelf. If you've read any of my other reviews know that I HATE creatine in my pre workout supps. Some girls love it but I get so darn bloated on it that it's just not acceptable. And it absolutely does not play nice on my digestive system. Full disclosure. That's right. Another thing that is NOT in Raw Tea is artificial colors, flavors, or sweeteners. Or Fillers. Wow. That's what I love most abou t this product. Their banner ads say it- but it's actually true. NO BS. There really is not any BS in this pre workout.

As far as what IS in here- the list is pretty impressive. I'm going to cut to what is the 'engine' of this product- Bitter Orange, Yohimbe, and Green Tea. Now there is going to be a bit of caffeine in the green tea- but other than, say, 30 mg or so, this pre workout leans heavily on non-caffeic sources for the energy. I apprciate this because alot of times in my experience- mixing caffeine with the bitter orange and/or yohimbe just puts my heart-rate through the roof and makes me feel jittery and awful. As you'll read, the core ingredients in Natural Force Raw Tea actually do a pretty nice job of delivering pre workout energy.

As far as endurance and/or strength and muscle-building ingredients- I'm not really sure there are any. The 3 grams of carbs is most likely derived from the beet root, and cranberry juice. So you hypothetically would get an edge from the sugars in those ingredients. There are several genius 'omissions' in this formula- but one that I wish they had not made was omitting any amino acids from the formula.

Natural Force would probably argue 'well the bee pollen has the aminos!'. Well- ya- it does- but let's check out some stats- even if we're being generous and saying that there is an entire 1 gram in each serving- you are only getting 16 mg of Leucine per scoop. You are only getting 12 mg of valine. And you are only getting 10 mg of iso-leucine. As you know- these are the BCAA's- and are commonly thought of as a bottleneck for both fasted training and muscle building. Also known as the two things that apply to me. So long story short- Raw Force has an imaginative formula. I love trying new combinations of active ingredients so I was super pumped to try this pre workout.

I usually reserve packaging for the end, but I wanted to sneak it in here while I have the tub in front of me. The white jar is certainly un-imaginative, but I think it sort of works when considering the 'feel' that Natural Force is trying to conjure with this pre workout. The label itself isn't sexy either in it's shades of greens and browns. But when you consider the product mix as a whole, the label works out really well. It's natural and should come off as such. Crazy holograms and neon colors wouldn't work. The more I look at this packaging, the more I appreciate it. It gives you the impression that it's not trying to be more than it is. I love it. Another nice touch, and for this I tip my hat to the owners putting their personal guarantee on the lid of the product.

Natural Force Natural Pre Workout got a performance review of 8.0 from me for a few different reasons. The first being that it exceeded expectations. Since I like the ingredient profile, I was expecting modest performance - nothing too crazy. However, Natural Force really delivered in a way that I did not expect. First of all, the energy was much, much stronger than I had anticipated. I don't know why I consistently underestimate the power of a little good old-fashioned bitter orange- but it ALWAYS seems to whoop my butt. Speaking of butt whooping- I should mention that I used this product before three rounds of Fran. Fran, for those of you who don't know, is a particularly vicious Crossfit workout consisting of thrusters and pullups, back to back three times over, for time. While I didn't score my best time ever- I DID feel pretty good even through the third round, which surprised me the most, because I wasn't expecting much from an endurace standpoint with this product.

My fitties who also had a scoop or two of Raw Tea before the WOD, were pretty much in agreement with me on this one as usual. Liz was probably the biggest proponent, and even had the audacity to give it a thumbs up flavor review! That's right- we would've given the flavor even lower than a 4 if Liz wasn't there to balance it out a tiny bit. If nothing else it's a good reminder that taste is, and always will be, subjective. Sarah also offered a great quote in terms of performance that I had her text me so that I could include it in the post:

I think that's a great way to sum things up- Natural Force did a great job with this pre workout and while it wasn't my favorite of all time, I have no doubt that it will be a success and continue to carve out it's niche of customers seeking natural pre workoutalternatives.